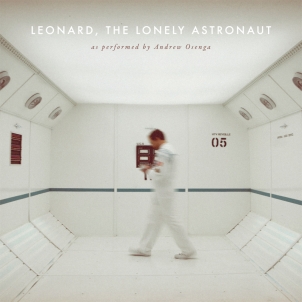 I have been listening to Andrew Osenga’s Leonard, the Lonely Astronaut since April, when the pre-release was available.  I have not been able to stop listening since.  Osenga, a former member of “The Normals” and “Caedmon’s Call”, really shines on this concept album.  The character Leonard and his soon-to-be ex-wife are in the midst of getting a divorce when she suddenly dies.  As a result, he decides to take part in a solo-journey into space.  Because of the relativity of time, when Leonard returns to Earth, everyone he knows will be dead, and he will be able to start life over.  The album chronicles the loss and emotional journey traveled by Leonard during these events.

As I’ve been listening to Leonard, the Lonely Astronaut these past months, I’ve also been looking forward to Andrew Peterson’s Light for the Lost Boy.  While Light for the Lost Boy is not about one character in the same way that Leonard… is, there is an image that keeps popping up in some of the songs: a boy lost in the woods.  The Boy takes center stage in the song “The Ballad of Jody Baxter”, although he makes appearances throughout the album. 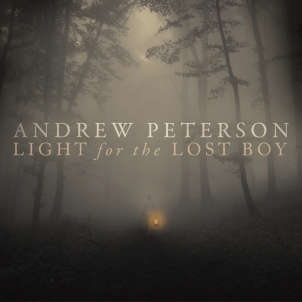 The more I listened to both these albums, the more I came to realize that, in a sense, they are telling a similar story.  Throughout the songs on Light…, we feel a loss.  A loss of childhood, a loss of innocence, a loss of Eden.  A loss of things-the-way-they-should-be.  Peterson sings “If nature is red in tooth and in claw, then it seems to me that she’s an outlaw.  ‘Cause every death is a question mark at the end of the book of a beating heart, and the answer is scrawled in the silent dark on the dome of the sky in a billion stars.  But we cannot read these angel tongues and we cannot sing with these broken lungs, so we kick in the womb and we beg to be born-Deliverance!  Deliverance O Lord!”

But even as Peterson sings of the pain and loss, he hints at the hope.  It’s there, in that last lyric: “So we kick in the womb and we beg to be born.  Deliverance!”  Though we experience loss, there is deliverance coming.  “So don’t lose heart, though your body’s wasting away–your soul is not it’s being remade.  Don’t lose heart, don’t lose heart–your body will rise and never decay, day by day by day!”  Though our bodies grow weak, they will be remade and last forever.  This is the hope we have.

Meanwhile, Osenga tells a similar story through the very specific character of Leonard.  As one listens through the songs on Leonard, the Lonely Astronaut, we experience the emotional journey of Leonard.  Leonard mourns the loss of love and of his wife.  Leonard, at times, seems to have lost everything.  Once again, we see this same idea of loss that we did on Peterson’s album.  Here, though, it is very specifically the loss of a lover.

Eventually, though, Leonard experiences at least a bit of redemption.  Although his (ex)wife is still lost at the end of the story, Leonard himself has changed.  He is willing to feel, again.  Osenga sings, “But when everything was so rough, I was a coward and just shut off.  Only God can hold what’s dead and make it new.  Here in the silence, I hear a whisper.  Here in the darkness I glimpsed a light.  Here in the emptiness I feel the beat of my heart again.  The beat of my heart!”

If you only buy 2 albums this year, make it these.  They will tell you your story in ways you’ve never experienced.  And they will bring you to redemption.

UPDATE:  Andrew Peterson’s Light for the Lost Boy has been available for a few weeks here.  Andrew Osenga’s Leonard, the Lonely Astronaut just released this week and is available here.

Click here for “Through the Eyes of the Promise”, my short $ .99 e-book about reading the Old and New Testaments as one Story.

One Thing at a Time

Desires of His Heart

Truly Tolkien
The Centrality and Supremacy of Jesus Christ

The best of all is, God is with us. -Wesley

I Love My Kindle

Centre for the Study of Christian Origins